Security is a main concern in any computer system. In fact, it has been a heavily criticized aspect of Microsoft’s operating systems. Therefore, a Windows system should always use a third-party antivirus solution.

Since not doing so, it was a terrible security decision. Microsoft had previously developed a paid antivirus suite called Windows Live OneCare, which was later replaced by the free Microsoft Security Essentials. One feature of these solutions is that they were optional for users to install.

In Windows 10 now it is known as the Windows Security. It is a free app that comes installed with every version of Windows 10. Recently in 2020 Microsoft Launched a new advanced threat protection version known as ‘Windows Defender ATP’. Not just for Windows but it is a premium product for multi platforms like Windows, iOS, Android & Linux. 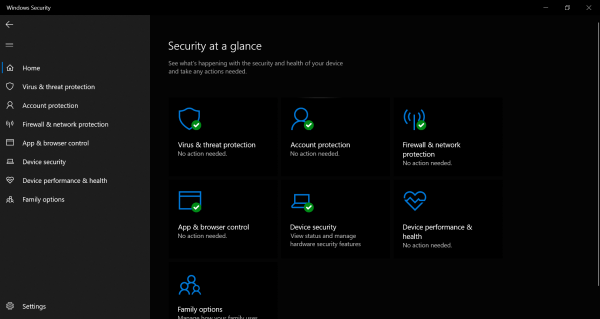 It show the status of the security of the System. It adopts with the third party antivirus products and and show an overall status here. Additionally, they have implemented cloud-based malware detection. Consequently, improving protection and making threat detection faster. It also incorporates Exploit Guard technology, which offers file protection against the dreaded Ransomware attacks. 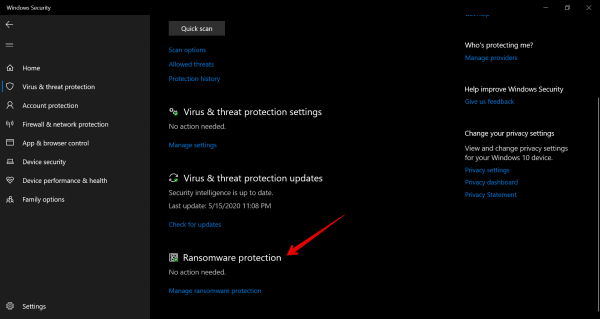 It also offers real-time detection and a complete firewall. Lately, it also incorporates parental control. In addition, the antivirus protection library is cloud-based so the performance is better. All these features, coupled with its low impact on the system, make it ideal protection for Windows 10. However, this suite also has its negative points that we will detail below.

We have detailed the main virtues of Windows Defender. We also know about Microsoft’s great efforts to make it a reliable and efficient product. However, nothing is perfect and Windows Defender is no exception. In fact, even with its great improvements, it still has some elements against it. For example:

However, the good news is that Microsoft allows you to use Windows Defender together with another antivirus without causing instability. So using third-party antivirus suites does provide some advantages. For example, password management, spam protection, and web browser extensions. We’ve got to be at the heart of the matter. Is it necessary to use the antivirus program in Windows 10? Come with me to ease this concern.

Is it necessary to use an antivirus program in Windows 10?

If you’re a home user and take some precautions, then you’ll be protected by Windows Defender. That is, be careful with the pages you visit and don’t open any links they send you. Besides, it’s always good to make backups and security. These measures should be enough to keep you safe and away from threats. But if you handle sensitive information, such as bank accounts or confidential files, or have your own personal important data like photos, videos then you should combine Defender with some other anti-malware protection.

The biggest security shields are offered by paid solutions. But they are worth to invest for the complete peace of mind. Personal information and sensitive data is at higher risk these days and a single security system is not enough to give a guarantee. So actually my advice is to invest in a good security software. For your reference we have curated list for you.