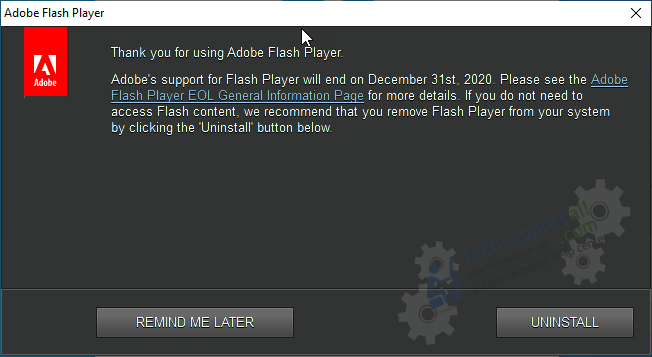 The decision to discontinue Flash Player was taken by Adobe after its usage reduced due to the popularity of more secure and better options like WebAssembly, WebGL and HTML5. Towing the line of Adobe, now Microsoft has also decided to stop providing security updates for Adobe Flash Player after the end of 2020. With the start of January 2021, Microsoft will disable Adobe Flash Player by default and completely block all the versions which are older than June 2020 release.

Following this announcement by Microsoft, Adobe said in a separate blog post that some of their Enterprise customers may require commercial support for the Flash Player beyond 2020, but such support will be provided only for internal business systems. Adobe advised such enterprise customers to directly contact their official distribution licensing partner HARMAN.

Adobe Flash Player was a technology used to embed different types of interactive contents on websites. If you go to Adobe website, then you will find that they literally tell you to uninstall Flash Player from your computer. The end of life date of December 31, 2020 for Flash Player has been built-in into the Adobe Flash programs and they will just stop working from that date. Also, if there is such content on the internet you will not be able to access it.

Like mentioned before, Adobe had announced almost 3 years ago that they were going to discontinue Adobe Flash Player, so most websites and businesses had already stopped using this technology. Therefore, you will not notice a single difference in web browsing experience as almost nothing uses Adobe Flash anymore. So the only impact of this new is that it informs us of the end of an era.