Zemana is a cloud based second opinion malware scanner. It has a great capability of removing hard to remove adware which other antimalware can’t. It scan the system using multiple antivirus engines to catch the maximum possible threats. Its free works as on demand scanner but in premium version real time protection can be enabled to stop the threats before they enter into the system. Zemana provide a free 15 days premium trial. 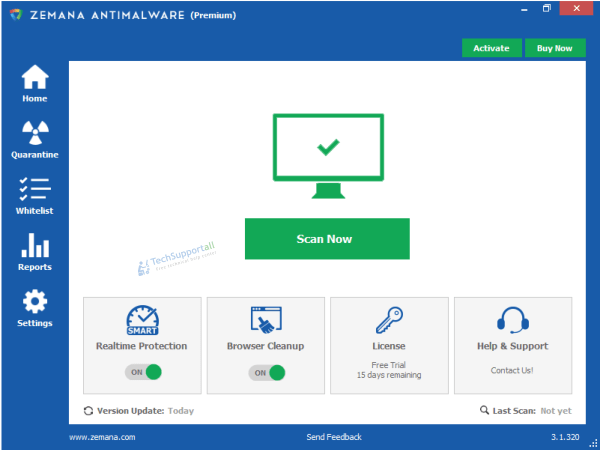 It have 3 variations – Free, Premium and Portable. Please keep in mind its free version and paid have different executable file. So download accordingly.

In Premium version it provides real time protection to protect the computer from malware before they enter into the system.

Zemana hav launched its latest version 3. Zemana team has revamped the zemana antimalware. Before we list that what is new in the latest release Zemana antimalware 3 read what they said on their blog after release of the new version.

“During the last years, Zemana AntiMalware also has lost on its strength. The new technologies in the dark cyberspace have evolved so much that the security technology that the product is based on was no longer enough. We realized something. The product has to change. It has to evolve to a new version. A better one that will do what it is supposed to do. Keep you safe. “

What is new in Zemana Antimalware 3

Zemana Anti-malware is a product from the same company who developed Popular Zemana Antilogger in 2007.  It is a young company and working hard to improve its products. Last year they launched their product Zemana Antimalware.  Zemana got good reviews from the people. But it also criticized by the people because of missing of real time protection feature. But very soon from its version 2.18 Zemana added realtime protection feature in its premium version.

Now it is getting popular due to its removal capability and real time protection. It scored well in independent test labs. In our test we found that many adware which are not completely removed by other anti-malware software this tool has successfully eliminate them. Zemana Antimalware is also very effective in stopping the ransomware infection. It scored top position in MRG Effitas test as the best anti-ransomware.

It provide two type of scanning option Smart scan and Deep scan. However smart scan do its work perfectly, but you can also run deep scan if smart scan unable to remove some infection. It uses a Pandora Sandbox technology, when you enable this option. It will upload any suspicious file to the cloud bases file reputation database. Then it analyze the file and if found malicious it protect the other Zemana users from that threat, which help the users to get the zero day malware protection.

We can compare it with Hitman Pro as it is also using the multi AV engines in the cloud to scan and detect suspected files. It also has its own database to detect a malware deeply into the system. So we highly recommend you to scan with Zemana as well after using other Anti-malware software like Malwarebytes or Hitman pro. 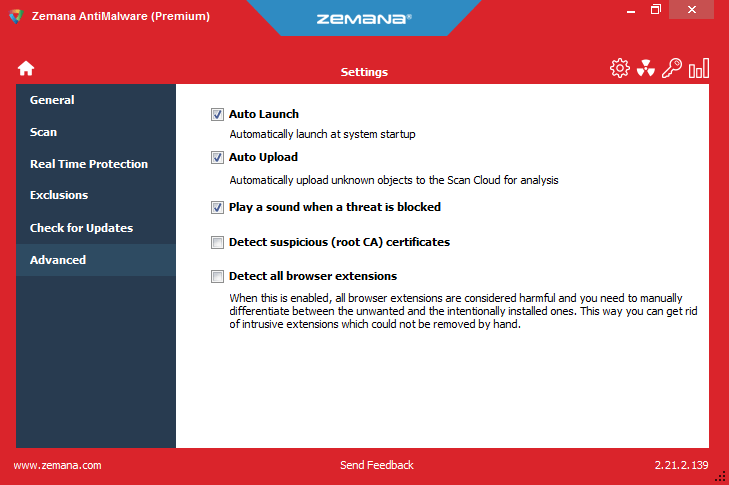 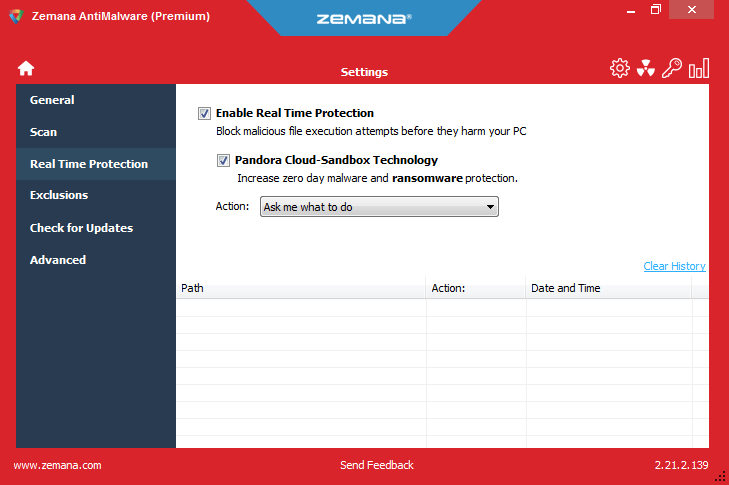 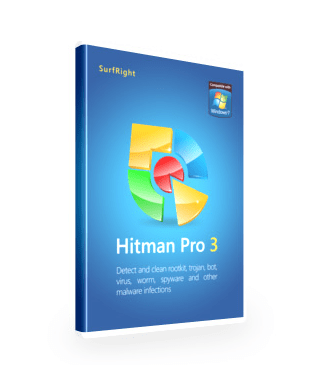