Microsoft had announced that Windows 10 will be there last operating system and all the further improvements will be provided as updates. Going back on that decision, now Microsoft has launched Windows 11 OS, which the company says is such a significant improvement of Windows 10 that they couldn’t have provided it as an upgrade. So, most users want to know more about these improvements and also about the most significant differences between these two operating systems. Therefore, in this guide, we will compare Windows 11 vs Windows 10 and help you decide which one is best Windows for you.

There’s a lot of changes that Microsoft has offered in Windows 11, but we are discussing only the most prominent ones. A proper study of these differences will surely help you in deciding whether you should switch from Windows 10 to Windows 11 or not. 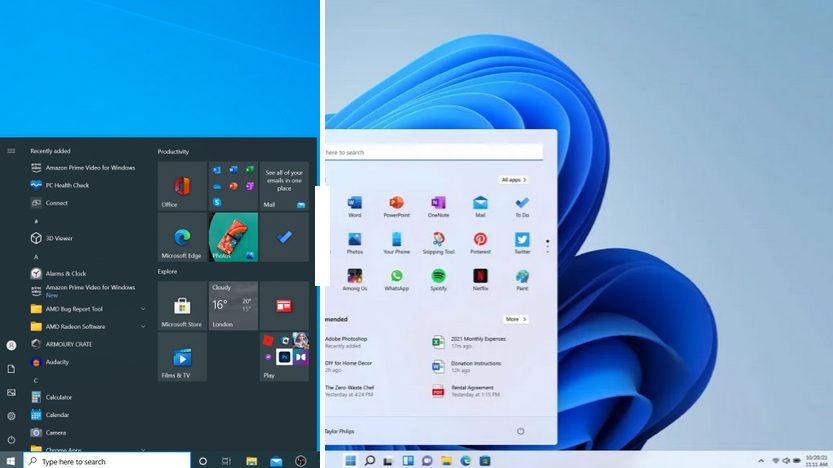 The most prominent difference is the centralized taskbar, which seems to be inspired from Mac OS. This minor looking change actually offers a cleaner appearance when you compare it to the taskbar of Windows 10.

Therefore, Windows 11 offers more personalized features in its Start Menu. If you don’t like the centralized placement of the taskbar in Windows 11, then you can align it to the left side of the screen as it is in Windows 10. 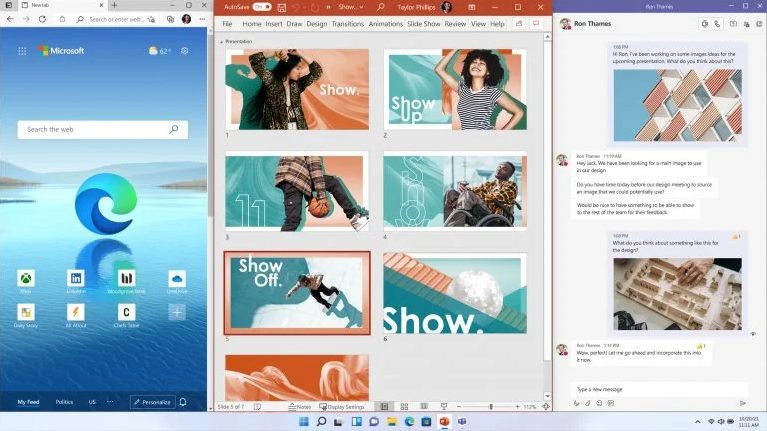 In Windows 10 you get the option to simultaneously work with multiple windows. However, to do this multitasking you have to perform drag-and-drop between windows and this can lead to a lot of errors while working.

Windows 11 solves this issue by offering a Snap Layout feature. With Snap Layouts you can easily work with multiple windows at the same time. Start by selecting your favorite Snap Layout template, then Windows will automatically arrange all the selected apps and windows according to the layout of your favorite template. Resizing of the windows and apps will all be done automatically so that you can effortlessly enjoy multitasking benefits. 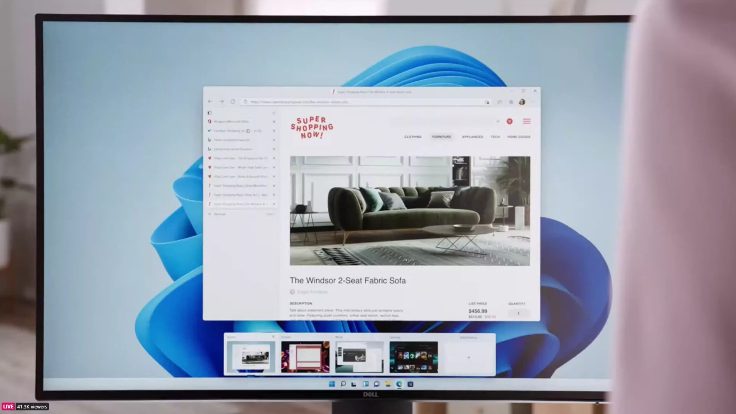 This is another addition to Windows 11 which makes it look more like Mac OS. In Windows 10 toggling between multiple virtual desktops was not easy, but this has been addressed by Microsoft in Windows 11. In this new Windows, you can organize multiple virtual desktops more efficiently, thus allowing you to manage your interests, work or gaming far more efficiently as compared to Windows 10. 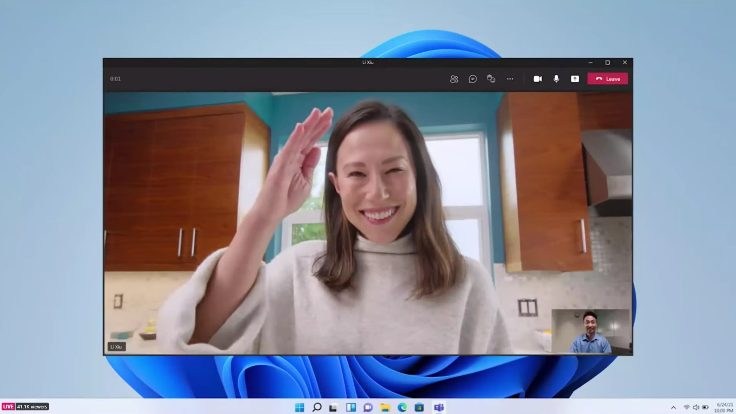 Microsoft has decided to offer Teams chat and video-calling to Windows 11 users, just like Apple offers FaceTime in Mac OS. Therefore, Windows 11 becomes the first operating system from Microsoft which fully integrates Teams. You get the option to run Microsoft Teams directly from the Windows 11 taskbar. Therefore, you can send a text or video message to a friend or colleague, quickly and easily.

You will also have the option to contact users who are on Android and iOS platforms. In case, your friend doesn’t have Teams on their device, then also you can contact them by using two-way SMS. 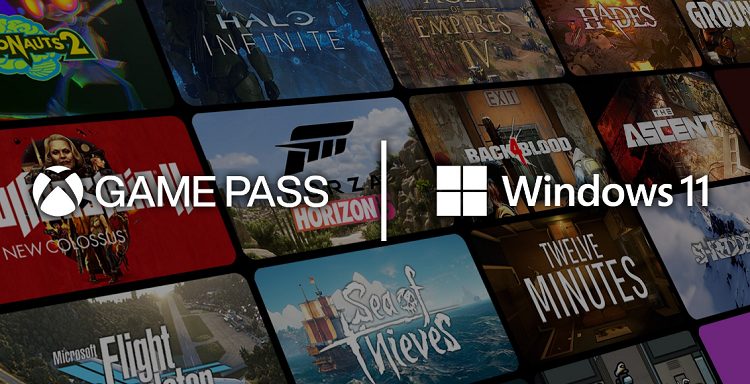 In Windows 11, Microsoft has taken a step towards integrating Xbox consoles with PCs. This is confirmed by certain features offered in Windows 11 which are found in Xbox consoles.

The DirectStorage and Auto HDR features added to Windows 11 will greatly improve the gaming experience for its users. That’s because, the Direct Storage feature loads all the files of a game directly to the graphics card, thus bypassing the CPU, which reduces the load on the processor. The Auto HDR features will allow Windows users to easily switch on a high dynamic range (if their hardware supports this feature) to get a better visual experience.

The Xbox app in Windows 11 will allow its subscribers to download their favorite games directly from that service and to play games through Xbox cloud gaming. You will also get the feature to cross-play between PCs and consoles. 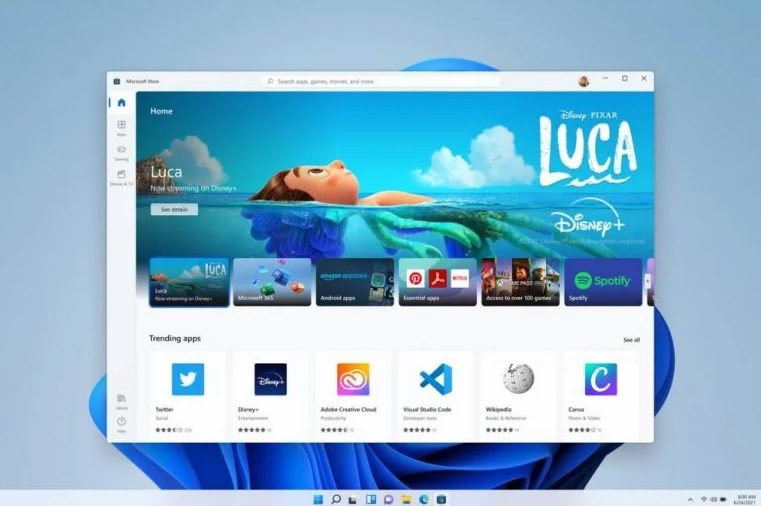 Microsoft has decided to rebuild Microsoft Store for Windows 11 and the most prominent change it has made is providing Android Apps on Microsoft Store. However, Microsoft will provide Android Apps via Amazon’s Appstore. Therefore, you must have an Amazon Appstore account to access this feature in Windows 11. Although you will get to choose from a huge array of apps, these apps will run on vertical display, just like they run on a smartphone, which means these apps will not be optimized for computer monitors.

Despite some limitations, this is a major decision by Microsoft as many Windows users were waiting for this to happen, because this move starts the integration of mobile and laptop devices.

Which One is the Best Windows for You?

A careful study of the major differences between Windows 11 and Windows 10 features reveals a very clear objective that Microsoft wanted to achieve with its latest operating system. The users that Microsoft wants to target are professionals working from their homes and computer gamers.

After reading the above section, you would have understood that if you are a professional working from home or have such plans for the future, then upgrading to Windows 11 would be a wise decision. Also, if you are an avid gamer, then Windows 11 has a lot of goodies to offer. However, if you are none of the above, then you should wait for the final release of Windows 11 and we are sure that Microsoft will offer some surprising features in the Windows final release.

In this guide, we have not only shared Windows 11 vs Windows 10 comparison, but also tried to help you in deciding which one is the best Windows for you. Although we believe that Microsoft has designed Windows 11 primarily for professionals who are working from home and for avid computer gamers, but this doesn’t mean that there is nothing for other users. By giving access to Android apps, Microsoft has made Windows 11 a highly versatile operating system for the present time.