Unlike Windows 8, the Windows 10 is actually designed for a computer with a mouse and keyboard. The users of Windows 7 will be much more at home with Windows 10, however, there are still several big changes. For instance, Windows 10 doesn’t provide an official way to change Windows logon screen. Although you can change the lock screen in Windows 10 easily, but that isn’t true about logon screen. Originally there is Windows logo as an image for the logon and lock screen. To change logon screens with custom pictures in the windows, there were 3rd party softwares. However, many of those softwares don’t seem to work in Windows 10. One among many things that goes in favor of Windows 10 is the tight security of programs. The newest version of Windows, Windows 10, doesn’t allow the program to effect system’s security. They have catered many 3rd party software patches which were designed to mess with Windows general behavior. Many cracks and patches won’t work in Windows 10 because of their extra security layer in it. 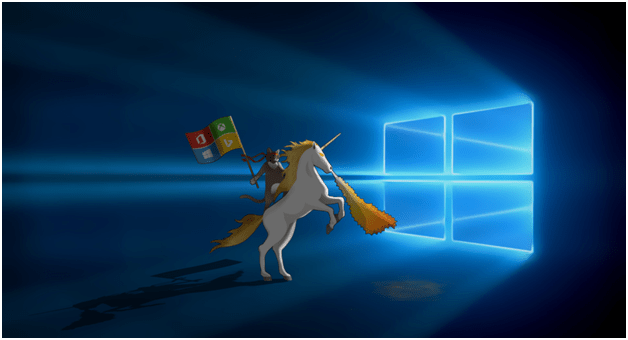 The process of changing lock screen is quite easy as you don’t have to download 3rd party softwares to change Windows 10 lock screen and this makes it safer and more secure.

As mentioned above, Windows 10 won’t allow users to mess with its registry and use patches or cracks. So if you want to change logon screen, there is particular software designed for this purpose which is available at the Github site and improved directly proportional to a wider audience this great app is receiving.

Download Krutonium from the Github website. After downloading, run the .exe file as administrator. The rest of the process is self-guided by the software itself. You just have to browse your desired picture. Now, select the picture and press “Change Background” button to do the job. You can also have a preview of your image and in this way you will able to see that how your image will look at the logon screen. The application also allows users to add single solid colors as a custom background logon screen.

At back-end level, your picture will be replaced by Windows image with the proper Logon screen format. Download the latest version of it as it will be the one with most numbers of errors catered. Initially, it had a few errors, but they were removed as application got a wider range of audience and attention of developers.

Note: Typically, softwares that change or divert general windows behavior are not from reputed firms. Thus, they have a greater risk of security and intentionally or unintentionally pose a threat to your computer. So, you have to use them at your own risk.