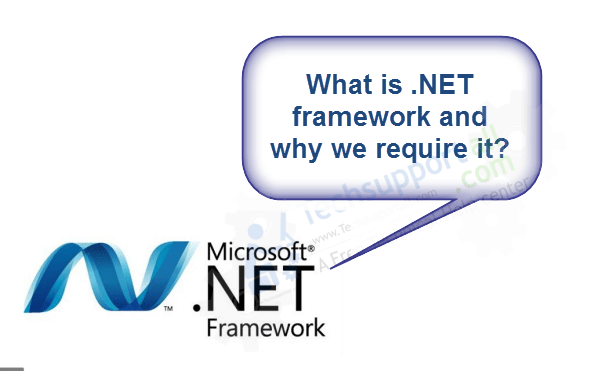 What is Microsoft .net framework?

See, there are some software in Windows which require common coding. Let’s understand this in this way, the developer who makes software, who is a software engineer, he has to type some codes which are more common in the application of Windows. Some of a particular type of application in a particular type of software, in such a way, it’s work gets increased, again and again, he has to type the same code. Windows and Microsoft thought something like that this is the code that is needed in the software, it is a particular type of software that is made, so why not do it so that this code is already given in everyone’s computer, given in the module, given in the infrastructure, so that the developer does not have to type the code again and again. Work will be saved, the software will be developed quickly, it will be easy, that software will be easy to run. Then this .NET Framework was introduced. It comes with three main components:

I had read about it in school and was in a lot of crazed. Many people wanted to know about asp, but nowadays people do not pay attention to ASP, PHP, people directly want to become a hacker.

So, we have learned everything about the “.net framework”, I told you why it is necessary, what is this framework, why it already comes installed in your computer, you can install it separately also from the Microsoft’s official website. It comes in different versions:

Now, which version 3.5, 4, 4.5 and the latest version is 4.7.2 is needed, it is entirely up to you, which application or software you are running, if you are running the latest software that needs a net framework, then obviously there is 4.5, .net framework will be needed there. And different windows have a particular framework like 4.5 comes, Windows 7 will have a little lower version 3.5 or 4, Windows 10 will have 4, 5 so that its level will go on increasing, but It happens many times that in Windows 10 you are running some software that was created when Windows XP was there, then another net framework was already installed in Windows XP, in such a case you can run that software in Windows 10. However, you will need to install that particular .net framework. If you can update, then you have already got the latest version if you have updated, otherwise, you can do it like updating software.