Microsoft is now rolling out the long awaited Windows 10 Creator Update. The aim of Microsoft is to get the newest software on the largest number of devices possible within a short period. Therefore, the Windows 10 Creators Update is eligible to download on almost any PC that runs on basic version of this software. That includes hybrid Windows powered devices like the Surface Pro3 and Pro 4 devices and windows tablets like the Lenovo Yoga Book and Samsung Galaxy Tab S3. 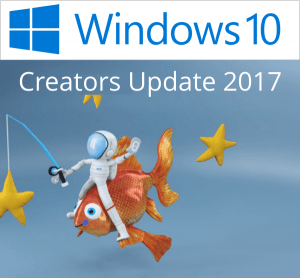 If you are a mobile device user, you will be able to download the Windows 10 Mobile Creators update, which Microsoft has confirmed that it will start rolling out on 25th April 2017. However, according to them, only some Windows Phone devices will manage to download the Update – their report claim that around 13 devices will benefit from the update.

The devices include Microsoft’s own Lumia devices like the flagship Lumia 950 AND 950 XL. Lumia 640, 650, and 550 models are also among the eligible model. The company has said that it will reveal a complete list of the Windows Phone devices that are compatible with this upgrade.

Microsoft released the original Windows 10 in mid-2015, providing a better return to PC focus that existed before the Windows 8 entered the market. They released it with minimal iffy bits such as the Universal Windows Platform (UWP) and the Microsoft Edge. Their promise was that the Microsoft’s Waas (Windows as a Service) vision would keep their customers updated with security and fixes updates in addition to regular characteristic updates.

The first update, known as the Fall Update, came in November 2015. However, it was a minor update focusing on fit-and-finish work. It addressed feedback from the first release. The Anniversary Update, was the second – probably a bigger release – and the only new version that Windows released in 2016. The update arrived in mid-2016, around one year after the version’s release. The update offered more features associated with Windows Ink, Edge, Tablet Mode, gaming, Cortana and notifications. Unfortunately, the 2016 update version also suffered several reliability issues.

The coire Windows 10 promise has remained solid. The operating software works perfectly and most importantly, it does that across a diverse array of devices. On April 11,2017, Microsoft released the Creators Update, which is less impactful and smaller release than the predecessor. It is more like the Fall Update. Possibly, Microsoft released the Update with an aim of promoting the Big Box features.

User privacy is vital. After the upgrade, the system will prompt you to configure and review your privacy features in a clearer and transparent way.

The Creative Update will allow Windows 10 users to pause updates using the clear and concise feature on Settings. But if you are among the individuals on Windows 10 Home, you will not benefit from the feature.

Possibly, you know that Microsoft’s digital personal assistants are more useful, central and unavoidable. That will remain true whether you will allow Cortana to access your personal data or not.

The new Microsoft’s software, Windows 10, is not advancing as fast as most individuals expected. However, just as the Corporation has been doing with the previous versions, the Creators Update will add more Edge functionality. The update will add an e-book store and a reader in addition to a tab management feature.

The Creators Update is important for active gamers. Microsoft has managed to introduce a new Game Mode feature, which will optimize games performance and Beam broadcasting integration. By Pressing the Windows Key + G while playing your games will bring up the Game Bar.

Through the Creators Update rollout, Microsoft will update all the inbox apps they include with Windows 10. The apps include Groove, Calendar, Mail, TV and movies, Maps, and paint. That may lead to better user experience.

The Creators Update consists of many 3D features. Paint 3D will allow you to create 3D images and then print them on 3D printer. The update has also introduced View 3D, which will allow you to view the images and the fundamental Windows Mixed Reality platform for 3D imagery viewing. There is also a community platform Remix 3D with remix3d.com to get access to 3D library. You can also share 3D with the creative community.

The Windows Defender Security Center works more like the Action Center. It offers a central dashboard for the security management and reliability function. Moreover, it offers a new home for the Refresh Window tool – which Microsoft has named as Fresh Start. It will allow you to do clean Windows Install.