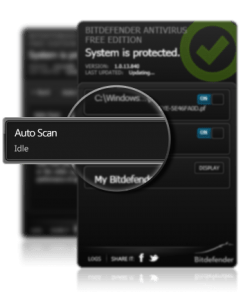 Bitdefender Internet Security has been chosen as the product of the year and is on the Top list of many AV testers. Many top magazine and reviewers pick it as the editor’s choice product. Bitdefender’s Antivirus engine is known as the best antivirus engine. Recently Bitdefender also launched its 2014 edition for all its security products.

Other then these home user solution Bitdefender also provides Business user products. check out the more detail on their official website. Bitdefeneder used a new Photon Technology for faster scan and took less system resources. Bit Defender has not much option on its interface so it is a simple yet powerful program and does most of the tasks automatically. It also got many awards from last many years for its best protection and infection removal capability.

Here is the feature comparison between three variation of its products bitdefender Antivirus, Internet Security and Total Security.

We’ve found it necessary to highlight a few points on their products, just in case you’ve not heard about them before. It would be perfectly true to make the statements below about these products:– Bitdefender Antivirus plus was awarded the antivirus of the year in 2103-Their programs feature advanced scanning technology-Their antiviruses eliminate interruptions and pop-ups-Bitdefender offers tight security for online banking and shopping

As like Avast and AVG Bitdefender also provides a complete free version antivirus which is valid free for life. 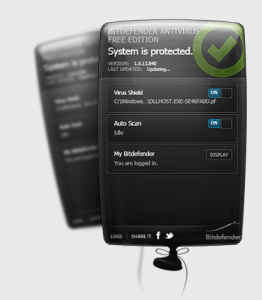 Download free trial from the below link. You can download the 30 day free trial for any of the product from Bitdefender.  Try before Buy.

If you are facing any issue in installing or upgrading the BitDefnder products or if it is incompatible with other security program and you need to uninstall it then use the Bitdefender removal tool to completely remove all its components from your computer.

A special promo is available to buy lifetime license in cheap price where you can save upto 75%. This is a limited time offer an can expire any time.


Features:Scanning technology for the antivirusThe moment you hit the turn on button of your PC, a bitdefender free antivirus will start scanning immediately. But it’s job is not yet over. As you look into your emails, the program secretly looks for malicious links and attachment inside your mail box. There are many times when a friend will unknowingly forward you an infected email. In turn, you could circulate the same email message across your contacts hence affecting their computers as well. The good thing is that this software will warn you against such threats if they are present. In most cases, it will deactivate the link in the email immediately.Total securityIn addition to the anti spyware capabilities that come with their products, Bitdefender designs their antiviruses in such a way that they don’t pop up on the screen asking users to fix a problem. Bitdefender realized that such pop ups are bothersome, and can destructs users whenever they are busy, so they opted to make their antivirus run entirely on autopilot, fixing things without all the bells and whistles.Internet security/Total securityIt’s a guarantee that Bitdefender products will offer total security. Their programs even protect your Facebook’s privacy settings, so no one can change them without your knowledge. What’s more, their antiviruses come with automatic laptop mode, gaming and emergency restore mode. Lastly, they feature online remote management capabilities.Bitdefender products are also very affordable considering that they offers total identity protection. The price you pay is so small compared to what you’d pay when faced with legal issues related to identity theft. With this product in your computer, you can always surf the web, shop and bank knowing that no one can steal your information.